A tornado warning was issued at 5:17pm on May 22, 2011.  Seventeen minutes later a monster category EF-5 tornado unleashed it’s furry on a town. Within a few minutes 160 were dead, nearly 1000 injured and a town of 50,000 people were dealing with a new reality. I’m sure the residents of Joplin, MO woke up like any normal Sunday. By the time they went to bed Sunday night their world had been turned upside-down. Lives were changed forever.

On January 5, 2011 I wrote out my 3 year goals. One of those goals was to go on a mission. I have never been on a mission.  My focus verse for 2011 is; “Be devoted to one another in love. Honor one another above yourselves. Never be lacking in zeal, but keep your spiritual fervor, serving the Lord.” (Romans 12:10-11). When I first saw the devastation from the tornado on TV, I felt a tug on my heart. Those poor people was all I could think. What if it was my family? A few weeks later, our church announced that they would be sending teams to Joplin to help with relief efforts. This time I felt compelled to act. I remember saying to myself, “I must go to Joplin”. Normally, we would send a check to help in relief aid.  However, God had other plans.  I mentioned this to my wife and she looked at me and said she was not surprised at all. Then she followed with encouragement to act. Frankly, I was surprised by her not being surprised!

I took a step in Faith and went through the process of joining the team headed to Joplin. God was going to use me; a not-so-handy guy to serve in Joplin. My goal was being realized right in front of my eyes. Romans 12:10-11 was manifesting itself in Joplin. 15 years ago, if you would have told me I would be on a mission trip with a team from my church, I would have laughed in disbelief.

When we reached Joplin, we had entered God’s classroom. This is where the world of man and the world of God meet.  It was an amazing experience.  I’ll let the photos tell the story and then I’ll tell you the 5 Lessons I learned in Joplin (click on image to zoom / Photos taken with iphone) 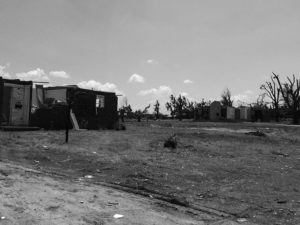 The neighborhood we were assigned to 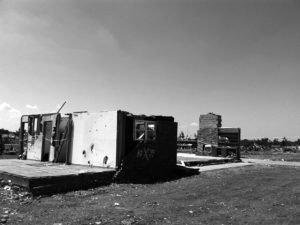 A home was completely gutted by the tornado. 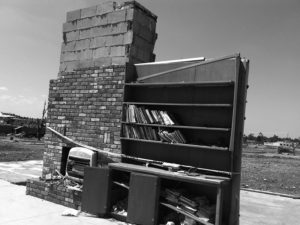 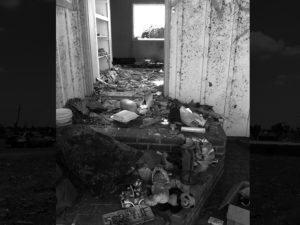 The image speaks for itself. 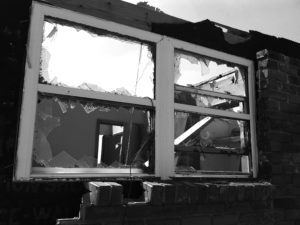 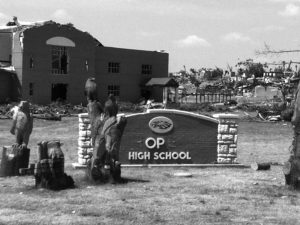 Joplin High School took a direct hit. Releif workers constructed Eagles (mascot) out of downed trees.  Someone had added the letters ‘H’ and ‘E’ to the sign.  Giving it a new name ‘Hope High School’. 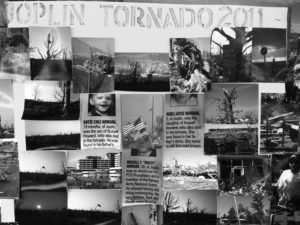 A wall of images collected at one of the relief centers. A haunting reminder of how life can change at any moment. 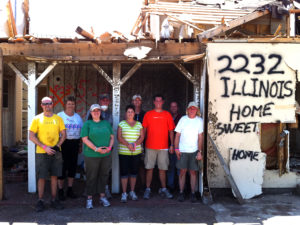 The Team and the house I refer to as ‘our house’

5 Lessons from Joplin
1. Trust. I remembered to trust God when he calls. I let go of the reigns and allowed God to put me where He could use me.
2. Faith. I took a step in Faith and God showed up.
3. Humility. I was humbled by being in the presence of people who had lost everything but managed to smile and go on with life.  They persevered!
4. Perspective. My world changed once I entered a reality where temporal things had been destroyed and all that was left were people who were hurting, left clinging to their faith and each other.
5. Gratitude. I was thankful for my family and the privilege of serving in Joplin.

Thank you to the people of Joplin for the hospitality and lesson that I will carry forever.  I thank God for the privilege to serve with an awesome team.

No matter who you are, God can use you!  Take that step in faith and see what happens.  Then, tell us about it.