Being a Man: Lesser Sons of Greater Fathers? 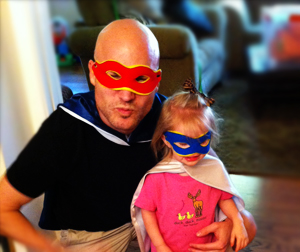 The recent events at Sandy Hook Elementary in CT last week have compelled me to complete a post that I have been working on for a several weeks. There is a crisis occurring in our culture and I am going to attempt to engage the problem as I see it. Before I dive into to this topic, I warn you that I am not going to be ‘Politically Correct’ or coddle post-modern ideals. I am going to paint with a broad brush and speak to the overall culture in general. I’m going to give it to you straight as I see it. My goal is to get you thinking and end with a relevant call to action.

It goes without saying that there are some exceptions to what is occurring culturally.

The question put to our generation is this:
“Are we lesser sons of greater fathers in whose mighty company we are ashamed to stand?” (Bill Whittle paraphrasing a line from the Lord of The Rings)

The Greatest Generation gave birth to the most selfish narcissistic bunch of victims the world has ever seen. The Selfish Generation has enslaved their own grandchildren with their appetite for immediate self-gratification and the pursuit of materialism. A growing number of young adults suffer from a lack or purpose, depression and other disorders. That correlates with the fact that we have turned freedom into license and a man who once worked to provide for his family two generations ago no longer has to work. He has been replaced by the state or still lives with his parents and has developed a sense of entitlement.

A man without a purpose is not a man and he knows it!
He remains in perpetual adolescence. Little wonder crime, depression and suicide rates are on the rise as well as divorce. He is a selfish little boy. He is passive, rejects responsibility (blames others), fails to lead courageously and has no vision (purpose) for life. These little boys thunder in the halls of Congress, the White House and boardrooms. But, they wince and cry like babies in the face of REAL sacrifice and challenge. These little boys mock real men.

My biggest fear is not what will happen to the economy or our country, but that I would be a ‘lesser son of greater fathers in whose mighty company I am ashamed to stand’.

My grandparent’s generation survived the Great Depression, defeated Nazism and put a man on the moon (among a long list of accomplishments). The post-modern culture is telling my generation that our biggest challenges are things like child-hood obesity, economic equality, climate change and social justice. Talk about setting the bar low in a fog of unrecognizable ambiguous goals. An entire generation will trip and fall flat on its face unless we intentionally make a change. The post-modern challenges listed above will be solved when we engage in the bigger challenge of modeling ‘being a man’ for our children. We have to get back to the basics in order to move forward.

So what? Eat dinner with your family 5 times per week!
“Parents and children who sit down together around the table for an evening meal five times a week are ‘less likely to be on drugs, to be depressed, or to be in trouble with the law. They were also more likely to be doing well in school and to be surrounded by a supportive circle of friends.” -Dr. Blake Bowden of the Cincinnati Children’s Hospital Center study of 527 teenagers (Dr. James Dobson, Bringing Up Boys).

Let’s start there and next time I’ll talk more about steps I have taken to model ‘being a man’ for my family.