Breaking the grip of materialism and status 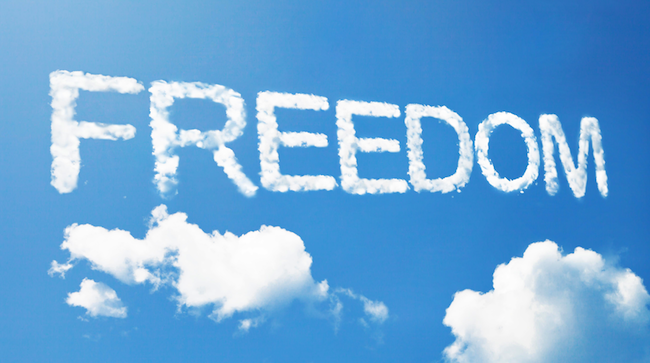 When I was in college, I was preoccupied with stuff. In fact, I attended college to learn how to make money to get my hands on the best kind and most expensive stuff. I wanted the nicest cloths, cars, food, vacations and toys that money could buy. I wanted to make a lot of money, pursue pleasure and comfort. Note: There is nothing wrong with nice things, money or stuff. It all comes down to how I relate to stuff, the significance I place on it and where I derive my self-worth.

I measured myself and others based on their stuff and level of pleasure. I looked the house they lived in, cars, cloths, what school they attended, etc. It was all about status for me.

I grew up in a an affluent family and had all the stuff I ever wanted handed to me on a silver platter.  It was not until years later when I was under a mountain of debt and nearly broke that I realized I was selfish and in bondage to materialism and status.

Last Sunday, my pastor was teaching on fatherhood for Father’s Day. He dove into the subject of ‘self-worth’. Men have egos and a bent toward status. We like to measure ourselves in comparison to others. Two ways we compare ourselves to others is the amount of material ‘stuff’ and status. It is an endless cycle of one-upmanship as the race to accumulate more stuff and higher status. We begin to feel like a hamster on a wheel, going nowhere fast. I decided to explore a littler further and crystalize the application from the sermon.

The Grip of Materialism and Status
Status, money in the bank and stuff have a narcotic effect. We get a jolt or high when we buy. After time passes and the newness fades, we look to get high again. We don’t intend to get hooked on materialism or status, but our culture is immersed in it. Our stuff has become more important than our relationships. Couples spend more time and energy dividing up stuff during a divorce than they did trying to restore their marriage in the first place. I’ve seen it dozens of times. That is just one example of an epidemic.

Let’s talk about real value
First, you must realize that your value comes from God. He created you in his image. Ravi Zacharias explains it this way (my paraphrase); In Mark 12,when Jesus was asked, ‘Should we pay our taxes Caesar?’ He asked for a coin. Then Jesus replied, ‘Who’s image is on this coin?’ They replied, ‘Caesar’s image is on the coin’. Then Jesus said something quite profound; ‘Then give Caesar what belongs to Caesar’s and give God what belongs to God’.

Your value is intrinsically placed on you by a transcendent God.  That’s pretty darn cool and changes everything about ‘who’ you are as a human being and your self-worth.

How do we break the grip of materialism and status?
Generosity! “If that which defines our status is easily given away. It breaks that hold on us.” – Dr. Ted Kitchens

Generosity does not just happen. It must be intentionally planted and constantly cultivated. It can be tough at first. But, a steady and consistent practice of quiet generosity will bring freedom from the bondage of materialism and status.  Beware that generosity can be used improperly to achieve status.  But, quiet and pure-hearted generosity has power.

Go out and be generous with your time, talent and treasure!

“Bear one another’s burdens, and so fulfill the law of Christ.  For if anyone thinks he is something, when he is nothing, he deceives himself.”
And let us not grow weary of doing good, for in due season we will reap, if we do not give up. (from Gal 6)

“One gives freely, yet grows all the richer;
another withholds what he should give, and only suffers want.
Whoever brings blessing will be enriched,
and one who waters will himself be watered.
The people curse him who holds back grain,
but a blessing is on the head of him who sells it.
Whoever diligently seeks good seeks favor,
but evil comes to him who searches for it.
Whoever trusts in his riches will fall,
but the righteous will flourish like a green leaf.” (Prov 11:24-28)