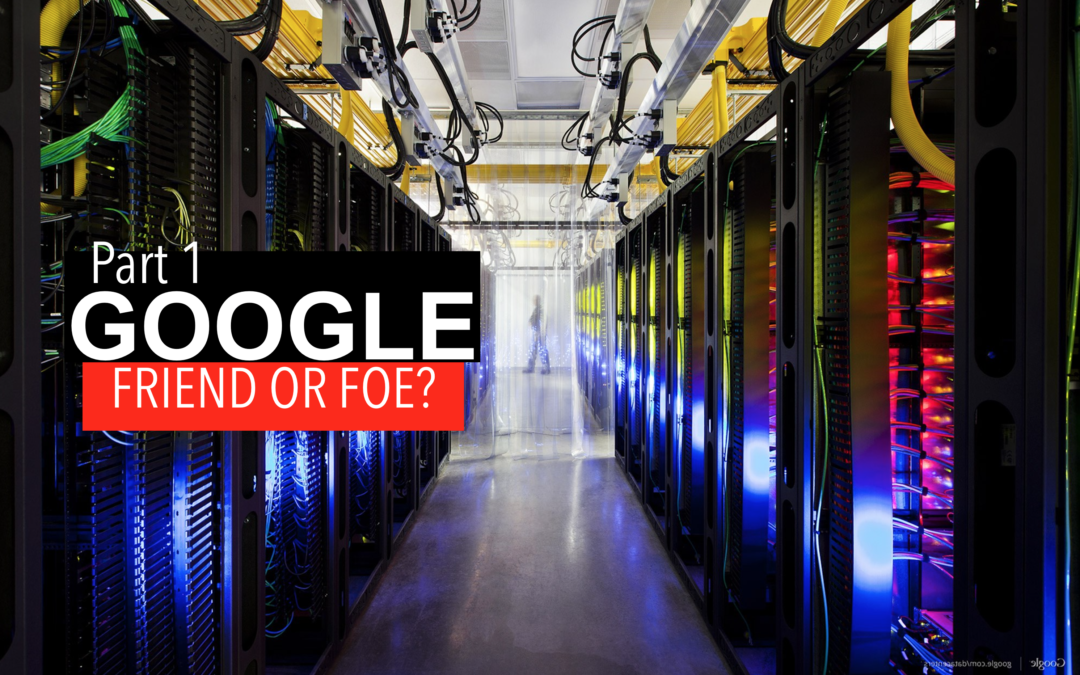 It all started when I learned how technology and social media were being used by pimps to manipulate and lure children into exploitation and trafficking.

As I learned more about platforms like Facebook, SnapShat, Instagram, etc., I ended up taking a deep-dive into the technologies and companies that power the massive engine we call the ‘internet’.  To borrow an idea from the film ‘The Matrix’, I took the red pill which leads to truth.  I’m interested in following the path that leads to the truth of a matter.

“This is your last chance. After this, there is no turning back. You take the blue pill—the story ends, you wake up in your bed and believe whatever you want to believe. You take the red pill—you stay in Wonderland and I show you how deep the rabbit hole goes.”

The joke I hear often is, “Google is listening” to you. As we nervously laugh, we have to wonder, “To what extent is Google actually listening and why?”

I decided to research Google for three reasons. First, I’m concerned about privacy and data collection.  Second, I am concerned what kind of tech-infused world my children will be living in.  Third, I believe its beneficial for sensible intelligent people to learn and share regarding this topic. I invite you to join me as we explore Google if not for anything else than raising awareness. I will share my findings in the next series of posts.

If Google and other powerful technology platforms are “listening or tracking” you or to put another way, “gathering data on users”, we have to ask “why?” What is the purpose?

The short and benign answer most people give is that Google and other tech platforms are selling targeted ads to companies that want to sell us their products. However, recent data and user privacy investigations indicate something more going on.

Here are some questions to consider:

To the general public, Google is the most powerful search engine in the world. It is. But, it is more than that. Google and its parent company Alphabet Inc. are active in multiple tech industries: internet technology and networks, cloud computing, computer software, computer hardware, artificial intelligence (AI), consumer services, security and advertising. Within these industries Google and it’s parent company Alphabet Inc. have made over 230 acquisitions since 2001.

Alphabet Inc. is the biggest company in the world. It is worth $1.2 TRILLION. It is also one of the most powerful influencers in the world.

What is Google’s philosophy?

“Don’t be Evil” is the tech giant’s motto. However, evil at its simplest meaning is the absence of good. I use the analogy, that darkness is the absence of light. In order to know what is evil, one must understand what is good. I argue that good leads to human flourishing, beauty, justice, health, unity, security and peace. Evil is everything that distorts or departs from good. In the final analysis, “Don’t be Evil” is a poor choice for a motto or way of doing business because you are framing your business philosophy around avoiding the “absence of good.” Perhaps, “Be Good” would be a better vision for Google?

The answer to “What is Google?” gets clearer as we explore their businesses and observe their behavior. This is where things get a bit more interesting and concerning.

Next, let’s explore motives. Motives reveal a lot about character traits, worldview and beliefs of individuals as well as organizations. Keep in mind, behavior (actions) can affirm or betray stated values or mission. In other words, to the extent your actions deviate from your stated mission or values give evidence of your lack of integrity, misrepresentation or ill-intent. If a company states a value of honesty and they fudge on their financials, they are not holding true to their stated value of honesty. They are being dishonest.

What are Google’s motives?

The first motive is pretty straight forward, publicly traded companies exist to generate profits for shareholders. I have no problem with companies legitimately generating profits. Legitimate profit-making is a good thing. Provide a good product or service and get paid fairly for it. Great!

Its the second motive that should be explored, investigated and discussed. Social Engineering is the process used to manipulate the behavior of individual humans and groups. Basically, social engineering can be used to get you to click on an ad, buy a product, go to a political rally or watch a certain video, etc. It can also used to manipulate people.

The third motive is complex and very concerning, Government Partnerships.  Frankly, I don’t have the expertise to completely dissect it but we’ll touch on it later.

In my next post, we’ll put Google on trial and look at their claims, the evidence and their behavior.