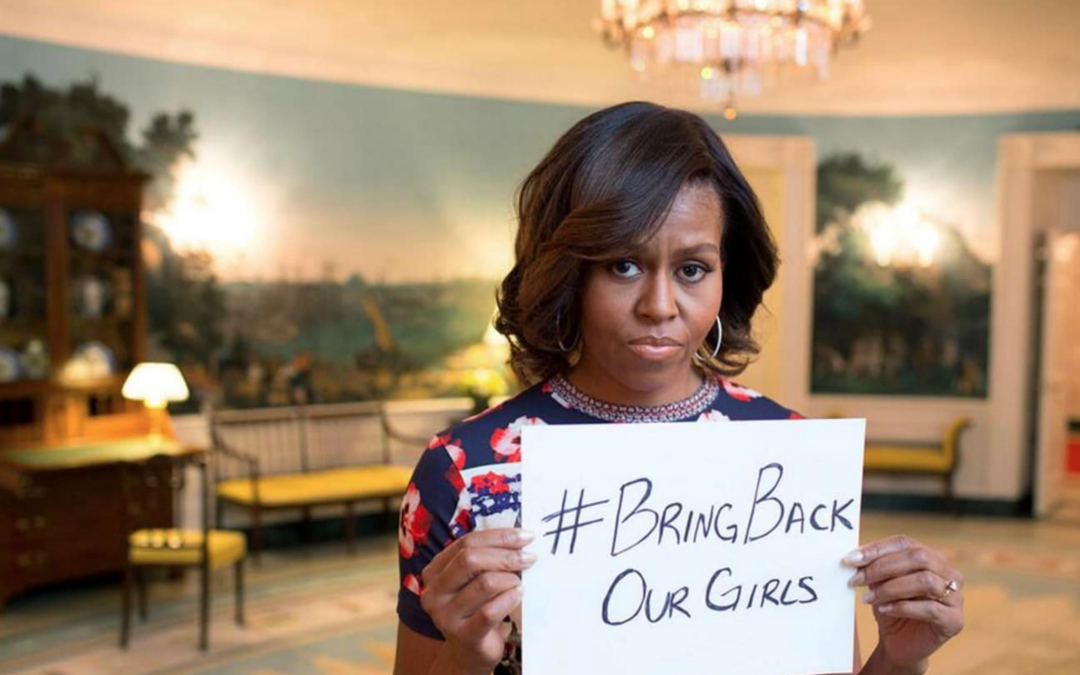 When something bad happens, you will see #hashtags rise like bubbles in a glass of soda.

Today, the path of least resistance is to get emotional, post a hashtag and move on. There is no follow through.  There is no justice.

Hashtags can be detrimental to a cause if used improperly
When influential people, particularly political types begin using hashtag and memes, it communicates that someone is actually doing something about a problem. The problem is nothing is actually done.  It gives the appearance of action without any substantive action.

In 2014, the terrorist group Boko Haram kidnapped 300 girls from their boarding school in Nigeria.  Famously, the “Chibok Girls” became known around the world. It appears everyone was speaking out and demanding their freedom. This is a healthy response to injustice.

A few weeks later, like the bubbles in the glass of soda – the outrage and hashtags vanished.

What ended up happening?
Essentially nothing. Boko Haram, the media and others exploited the girls. Were they released? Nope. Four years later, over 200 girls are languishing in the hands of terrorists. In addition, Boko Haram is holding hundreds of other children captive that are not counted with the Chibok Girls. What about them? Where is their hashtag?

The problem with a “#hashtag” movement is that it is all about emotion, it contains no plan and no perseverance. There is no real commitment because the hashtag itself is transient and short-lived by design.

Hashtags are created to trend on social media until they are knocked off the top by other trendier hashtags.

Not all hashtags are bad. However, if you want to create a movement, don’t make the hashtag the main driver. A hashtag is a spark.

If you want to drive cultural change or advocate for the freedom of the Chibok Girls, you better have a ton of fuel to keep the fire burning until the objective is realized. It may take months or years. Nothing good comes easy. How committed are you?

Build your tribe, plan your mission and pursue your cause relentlessly. When you’ve made some decent progress, add a hashtag.

Note regarding image: I believe First Lady Michelle Obama’s response to the kidnapping of the Chibok Girls in 2014 was a healthy and good response to this injustice.  However, it indicated something was being done at the top of the international power structure.  We all failed to follow through in fighting for their freedom.