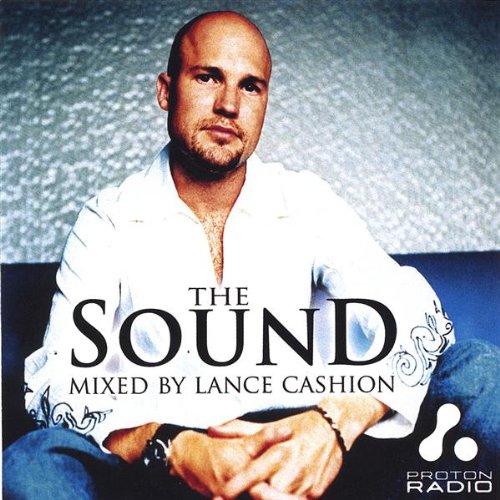 Music inspires! Whether it’s your first time hearing The Sound or you remember the Fridays when the radio show served as a warm-up for the weekend, I hope that you enjoy it… Share it, if you like!

Review By: Simon Jones on 5 October 2004
After over a year of hosting ´The Sound´ on Proton Radio, Lance inaugurates the station´s mix compilation series with a 2CD release shocasing a repertoire of tracks submitted by various artists to support the radio station. This latest venture from the station will be available to purchase online from some of the leading online stores and digital download portals when it is released soon. For more information, including the tracklist, check out this feature and find out how you can support one of the Internet´s leading online radio stations.

“My favorite thing in the world is watching and listening to people react to a piece of music — I feel most comfortable behind two tables and a mixer… That is where I can be myself – that is where I communicate best with people. Without anxiety, just passion” – Lance Cashion

Lance Cashion has become a leader among DJs in Texas. Now, after over a year of hosting ´The Sound´ on Proton Radio, Lance inaugurates the station´s mix compilation series with a 2CD release showcasing a repertoire of tracks submitted by various artists to support the radio station. Ranging from the early morning sounds of melodic breaks to the deviously twisted beats of progressive house, the compilation features music from industry veterans like Sultan, PQM, and Momu alongside a dozen fast rising stars like Derek Howell, Micah, and Orchid.

In four years Proton Radio has grown to become the internet broadcasting´s gold standard for underground dance music, streaming 24 hours a day 7 days a week. With a steadfast dedication to provide listeners with the absolute highest quality programming and an emphasis on introducing lesser-known talents, Proton has cultivated an audience with thousands of daily listeners from locations around the globe. As a listener supported radio station, all proceeds from ´The Sound´ will go towards Proton Radio´s operating costs, so those who want to support Proton Radio can guarantee the continuation of the station´s broadcast by picking up Lance´s mix.

Review of the compilation from Lunar Magazine:
Lance Cashion – The Sound – Proton Radio by Smight
Almost 3 years ago to the date I had the pleasure of meeting Lance Cashion at a Quivver gig in Austin, Texas. Since that time I have come to know a man who stands for so many positive things, and leads prestigiously without as much as an ounce of attitude. Lance humbly brings to us, along with the forward thinking crew at Proton Radio, a mixed set that truly stands out as being something special and firm as a pillar amid the thousands of mixes that have been heard on the airwaves in the past 4 years. Taking the future and mixing it together between Internet radio and the digital revolution, this mix serves as the first of many positive contributions to the illustrious underground dance music culture. Selecting artists of amazing talent, Lance has delicately blended things together in all the right places to create a seamless mix of differing varieties of musical taste. The Iron Chef of dance music spoils the par of the average mixed set and wins the prize of covering so many styles across this two-disc set.

Disc 1 drops you into Dan Portch’s “Shoreline,” which quickly moves your mind to a place where everything is special and warm. From there you drift through subtle, housey grooves and almost at times ambient styles of melodic interaction. The mix moves forward into some more subtle styled and a bit more progressive material that still maintains the balance of the first track but has an elegant progression. From start to finish this mix is a wonderful introduction into Lance’s brilliant programming; it’s absolutely amazing from start to finish—one that I would put in my top 10 all time mixes.

Disc 2 is a high-octane thriller that starts with the master of eclectic ambience Pat Foosheen’s “The Unthinkable,” an absolutely brilliant tune that serves as one of the best opening tracks possible. Being a bit more up tempo, Disc 2 has a solid framework, groove, melody, emotion, and excitement. It moves through melodic landscape after landscape which might be compared to the feeling of being in a world that has never been seen before. You feel insight, intellect and aptitude dripping from each mix. Above all, this compilation contains extremely beautiful music that can make the worst day your best. Throughout this mixture is a very balanced use of breaks and 4/4 beats that work so well together—the programming once again being pushed to the highest degree of detail. Both CDs end with productions from the amazing Derek Howell. What a fitting compliment to save one of the hottest new dance music artists for last.

In the history of Proton Radio there has never been a more genuine contribution of love and respect for dance music than that which is demonstrated in this mix. From all accounts, this is by far one of the best mixes of 2004, period.