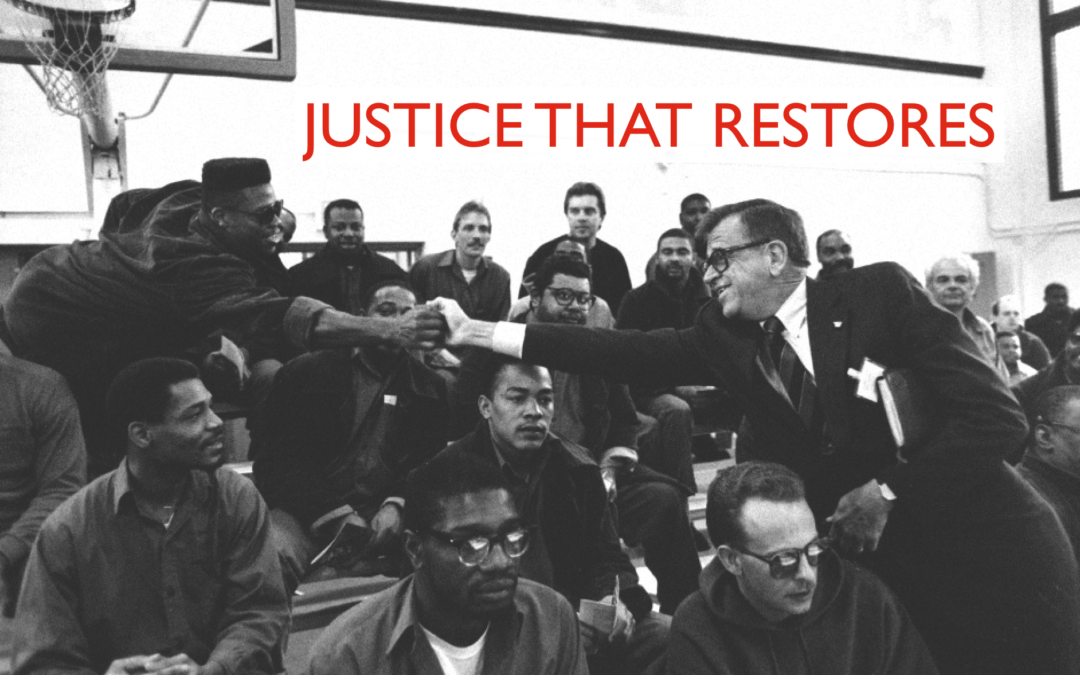 Charles ‘Chuck’ Colson, served as Special Counsel to President Richard Nixon from 1969 to 1970.

Once known as President Nixon’s “hatchet man”, Colson gained notoriety at the height of the Watergate scandal.”(1) He was known for being ruthless.

On March 1, 1974, Charles Colson was indicted for his role in a massive White House cover-up. After initially pleading the Fifth Amendment in order to avoid conviction, his conscience would not let him rest. Colson changed his plea to guilty. On June 21, 1974, Chuck Colson was sentenced to prison for obstruction of justice.

Why would the ruthless ‘hatchet man’ who could have walked away a free man decide to go to prison?

You see, Colson became a Christian in 1973 and his life changed. For his part in the Watergate Scandal, he willingly went to prison. Little did Colson know that God would use prison to give him a vision. That vision would reshape the justice system and transform lives of hundreds of thousands of prisoners and their families worldwide.

No one has done more to reform the prison systems and justice systems in the US and around the world than the late Chuck Colson and Prison Fellowship.

“But all at once I realized that it was not my success God had used to enable me to help those in this prison, or in hundreds of others just like it. My life of success was not what made this morning so glorious — all my achievements meant nothing in God’s economy. “No, the real legacy of my life was my biggest failure — that I was an ex-convict. My greatest humiliation — being sent to prison — was the beginning of God’s greatest use of my life; He chose the one thing in which I could not glory for His glory.” (Chuck Colson)

Today, everywhere we turn people are crying out for justice. As I pointed out a few weeks ago in my post about our justice impulse, we all have an innate sense of justice. When we see injustice, we have a deep desire to see things made right.

As Christians, we must think deeply about justice and how to best understand it from a biblical foundation. Being emotional creatures, we must not let emotions or feelings cloud our understanding of justice. When we encounter injustice, how then should we respond as Christians?

While there are secular and pagan definitions, I believe that the Bible offers a better vision of Restorative Justice. Typically, I refrain from placing adjectives before biblical terms. For the sake of not being overly discursive, I’ll use ‘Restorative Justice’.

First, God’s justice is impartial. We are called to be impartial. To the extent that we are partial, we are distorting justice.
The Bible says, “For God shows no partiality.” [Romans 2:11] and “Do not pervert justice; do not show partiality to the poor or favoritism to the great, but judge your neighbor fairly.” [Lev. 19:15]

Second, drawing on a biblical worldview, I put forth my working definition of ‘Restorative Justice’:

Restorative Justice is a distinctly biblical vision of (impartial) justice that seeks to uphold what is righteous and good, contribute what is missing, stop what is sinful and restore what is broken. It reflects the Christian belief in the God-given dignity, value, and potential of every human being (2). Restorative Justice offers a better vision (of justice) – bringing Biblical truth to bear in the larger society (3).

Colson Fellow and Vice President of Church Mobilization for Prison Fellowship Heather Rice-Minus says, “Restorative Justice recognizes that crime is not just an offense against a government. Crime damages the security and well-being of the victim and the entire community.”

Isaiah 32:16-18: “Then justice will dwell in the wilderness, and righteousness abide in the fruitful field. And the effect of righteousness will be peace, and the result of righteousness, quietness and trust forever. My people will abide in a peaceful habitation, in secure dwellings, and in quiet resting places.”

The government becomes a facilitator of justice where the person harmed and the person responsible for the harm become the direct parties involved in the justice process… This allows for individualized restitution that personalizes the harm and illuminates human dignity and value.

Restorative justice repairs the harm caused by crime by emphasizing accountability, forgiveness, and making amends. When victims, offenders, and community members meet to decide how to do that, the results are transformational.” (4)

Restorative Justice – The Church That Restores

The quiet work of the church raises awareness, influences local and state laws, brings criminals to justice, restores victims’ lives and works to bring justice and peace (shalom) into our community.

Jim Liske (former President of Prison Fellowship) said, “Why should justice be restorative? At its heart, crime isn’t about law-breaking; it’s about violating the peace and wholeness of the entire community.”

As Christians, we know that our sin is a crime against a good, loving and just God. Our crimes against God violate peace and wholeness in our families and communities as well. But, Jesus died on the cross on our behalf so we can be restored to Him. God’s justice is restorative in Christ Jesus. Don’t you think we should base our concepts of justice on that?

As God is redeeming and restoring brokenness in our community, we join Him in his work as a Church that Restores.