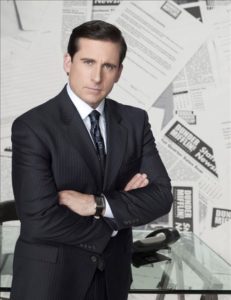 February 6, 2013
Recently I received a ‘Final Notice of Toll Violation’ from a ‘Pay by Mail’ toll service that will remain unnamed. This service had tacked on an additional $60.00 in various violation fees to a $0.00 balance (I paid the toll of $7.48 in September 2012). Although this may be odd by itself, the fact that this toll service sends me this ‘Final Notice of Toll Violation’ every month is downright bizarre. Four months later, I still call the toll service when I receive the notice and they assure me that the file is closed. This process takes about 15-20 minutes to complete.

At the end of January, I had the ‘opportunity’ to endure this process AGAIN. After reaching a live human named Tim at the toll billing department, I politely inquired about a final resolution to my dilemma. He went on to explain that because I pay my toll bill via my bank’s online bill-pay (mail), the toll service’s billing system was not designed to handle these payments and it takes 60 days to post. Meanwhile, their system continues to charge fees. AND if the payment hits my toll account on the ‘wrong day’, their system misses it completely. Therefore, I will continue to receive these notices. I inquired how to stop the notices in the future. Tim said I ‘should’ have paid with a credit card or bought a toll-tag.
Notice, this is not a solution unless I own a functioning time machine.

I asked Tim, “What happens if I choose to ignore the violation notices on a $0.00 balance, will I be reported to a credit agency?” He informed me that my violation would be sent to a Municipal Court for legal action (issuance of a citation). I asked Tim what I can do. He responded that he ‘closed the file’. Finally, I asked him if I would receive another ‘Final Notice’ next month. He responded, “Probably, because the way you paid the toll bill (Pay by Mail) does not work for us.” So, the check the Toll Service cashed that paid the toll in full in September 2012 accomplished what (besides zeroing my balance)? The toll service clearly accepts this form of payment on the ‘Pay by Mail’ toll bill it sends to toll road users.  I know what I’m dealing with here…..

Incompetence Disclaimer: I will be the first to admit that I am incompetent in regard to certain tasks. Just ask my wife. I don’t involve myself in tasks where I am incompetent. Example: I am incompetent when it comes to grocery shopping for the family. Even with a detailed list, I manage to screw up and waste a great deal of time doing so. Meanwhile, my wife can knock out this task with two toddlers in tow in less than an hour.

What is Sanctioned Incompetence?
I first heard the term ‘Sanctioned Incompetence’ used by radio host and author, Dave Ramsey. Since our lives are negatively affected by it on many levels, I decided to define it. Sanction means to ‘approve, support or reward an action or condition’. Incompetent means ‘not possessing the ability, qualification or skill necessary to carry out a task or responsibility’. Combined ‘Sanctioned Incompetence’ is the act of rewarding (paying) a person or organization for being unproductive, lazy or producing sloppy results. I would add dishonest to this list as well.

Examples of Sanctioned Incompetence:
Aside from my Toll Service example above, there are hundreds of examples of Sanctioned Incompetence. Some may assert that there are entire departments of government that sanction incompetence. Many businesses are guilty of paying people who are incompetent in their area of responsibility. Have you ever paid a car mechanic several times to ‘fix’ the same problem over and over? Its only when you take your car to another mechanic who resolves the problem that you realized that you were sanctioning the first mechanic’s incompetence.  If you watch ‘The Office’, Michael Scott is a shining example!

How do I deal with Sanctioned Incompetence?
Diagnosis is 90% of the battle. If you can learn to recognize what you are dealing with, you can take steps to avoid it or address and remove it. Sanctioned incompetence is frustrating, counter-productive and destructive.  I eagerly await my next interaction with the Toll Service billing department.

Have you ever dealt with Sanctioned Incompetence?