Learning from ‘the other’ Lance

Eight years ago, if I said the name ‘Lance Armstrong’, it would elicit a much different reaction that today (2013). I have a framed series of autographed photos commemorating his seventh Tour de France victory hanging prominently on the wall of my office. It was a gift from my father, who is a cancer survivor. 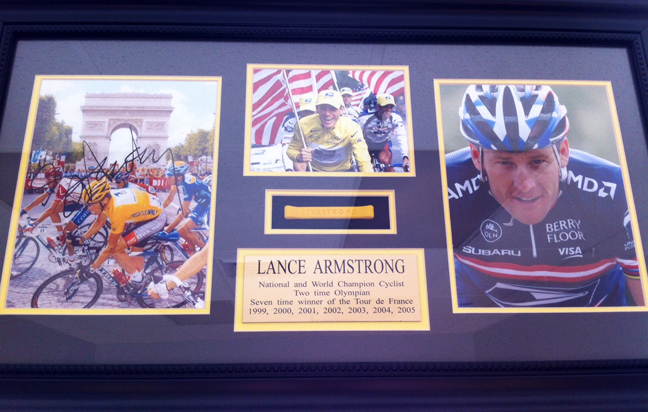 Recently, a visitor asked me if I planned to take the photos down. I answered ‘No!’
What once inspired perseverance and success a few years ago is now a striking reminder of hubris and the dangers of compromising morals.

The Problem:
It’s easy to point a finger at Lance Armstrong. However, he is just another example of moral failure in our society. I admit that I have had my own moral failures in my past. I don’t blame anyone else but myself. That does not stop me for standing up for what is right. END_OF_DOCUMENT_TOKEN_TO_BE_REPLACED