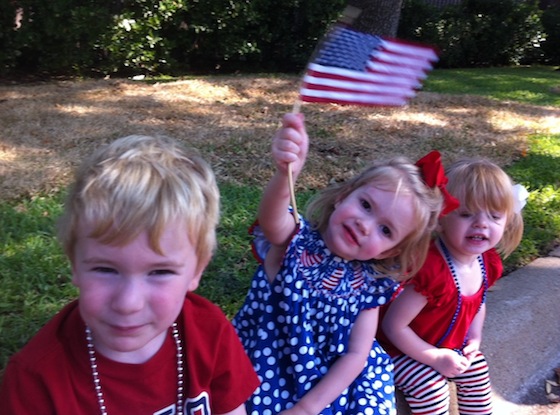 Thoughtful exploration of Giving Thanks

Thankful for family and America for starters…

Thanksgiving is tomorrow.
We have much for which to be thankful. If I’m being honest, my thankfulness is often superficial and settles on ‘me-centered’ stuff. Sometimes, I may dive a little deeper into the ocean of gratitude and be thankful to God for my wife (for example). Let’s start there…

Stick with the stuck – Sacrificial Friendship

The biggest challenge we can face in our relationships is to hang in there with a loved one or friend when times are tough for them.  In seasons of depression, illness, loss or testing, our true friends emerge. Sticking with the stuck is hard, particularly when the stuck show little or no gratitude at the time.

Stick with the stuck:

The other day I was listening R.C. Sproul talk on the subject of character and values passed down from fathers to sons. One man he knew said that when he was a boy his father always helped people who found themselves in the midst of being stuck and were trying to get unstuck. The boy asked his father why he ‘wasted’ time with people in difficult situations who showed no appreciation for a helping hand.

The boy’s father said, “We stick with the stuck, son.“

I’ve been stuck on many occasions in my life. Each time, there has been someone there sticking with me. I can be mean, nasty and ungrateful when I’m stuck. Just ask my wife. She hasn’t left my side. She is my friend and she is sticky.  I try to be more like her.

Because he/she is my friend:
The late Chuck Colson was giving a speech to a large audience after serving a term in prison for his involvement in the Watergate Scandal (Special Counsel to President Nixon from 1969 to 1973.  His nickname was ‘the Hatchet Man’). Keep in mind, most of the nation held Nixon in contempt and loathed anyone involved in the scandal, including Chuck Colson. In the midst of Mr. Colson’s speech, an angry protester shouted the condemning question; “Why would you go to jail for a man like Richard Nixon?” The protestor assumed that he would insight anger against Mr. Colson.

Chuck Colson paused, looked down and silence fell on the crowd. Then, he raised his head and stared directly into the eyes of the questioner and said; “Because Richard Nixon is my friend“. At this simple yet profoundly honest answer, the crowed stood up and cheered. Even the protester couldn’t help himself as he applauded Chuck’s response.

You know the way out

Sometimes our relationships are tested by fire as we stand on the edge of the abyss with a friend. Sometimes we stand alone peering down into the darkness and hear the cries for help from below. If you’ve been down there before, the darkness is like light to you. You know the way out, right?  Whether its a divorce, cancer, loss of a parent or child, etc., if you have experience, you may be the ONLY one who can help.

Are you sticky?
‘One who has unreliable friends soon comes to ruin, but there is a friend who sticks closer than a brother.’ Prov 18:24

Can you think of a time when you were stuck and a friend jumped in the hole with you?

Hope is a Weapon

I spend very little time watching television (unless Duck Dynasty is on). I limit my consumption of most forms of ‘news’ media as I would limit my eating fast food. It seems that the world is in perpetual flux and if we can’t watch a crisis, we turn the channel until find one. If there is no television to be found, we simply reach for our smart phone or tablet in order to feed on crisis. We are actually at war within our own minds.

Spirit of Fear
I fall victim to anxiety and fear at times. I spent the last several weeks monitoring my overall mindset. I decided to look for triggers that cause anxiety and fear. I found that it is very easy for me to get sucked into ‘crisis media’. The imagery, drama, emotion and intrigue entice me into watching crisis. When I snap out of this hypnotic state, I find that the spirit of fear has crept into my mind. From my conversations with friends and family, the spirit of fear has infected many. The general tone in our society has become one of unhealthy fear.  Hope is a weapon… END_OF_DOCUMENT_TOKEN_TO_BE_REPLACED 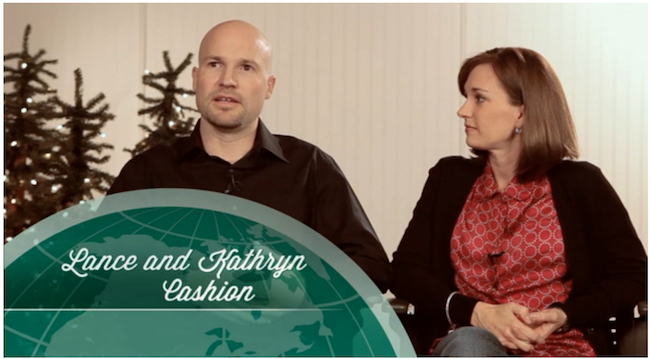 Testing God: He challenges us to test Him through tithing
“Bring the whole tithe into the storehouse, that there may be food in my house. Test me in this,” says the LORD Almighty, “and see if I will not throw open the floodgates of heaven and pour out so much blessing that you will not have room enough for it.” (Malachi 3:10)

Below is a video interview for Christ Chapel Bible Church Christmas 2012 sharing our stewardship journey.

In Tithing Part 2, I explained the mechanics and process of tithing from my perspective. Remember our focus should be on God through faithful stewardship. Tithing is not ‘Tipping God’; it is an act of obedience and worship that reminds us of our place in God’s economy. I can find no other instance in Scripture where God encourages us to test him except in regard to the Tithe.

Listen to me very carefully. I can give you dozens of examples in my life where I tithed on our income, knowing in the back of my mind that I did not have enough money left over to pay our bills. The first time this happened, I nearly came to tears in a state of panic and fear. I thought to myself, “What did I just do? I don’t have enough money left to pay our mortgage, buy groceries, etc.” I felt like an acrobat working without a net. Do you know what I learned at that moment? I had no other choice but to depend on God’s promise of provision (see Luke 12:22-34) END_OF_DOCUMENT_TOKEN_TO_BE_REPLACED