Unbridled Skepticism: Rebelling against everything 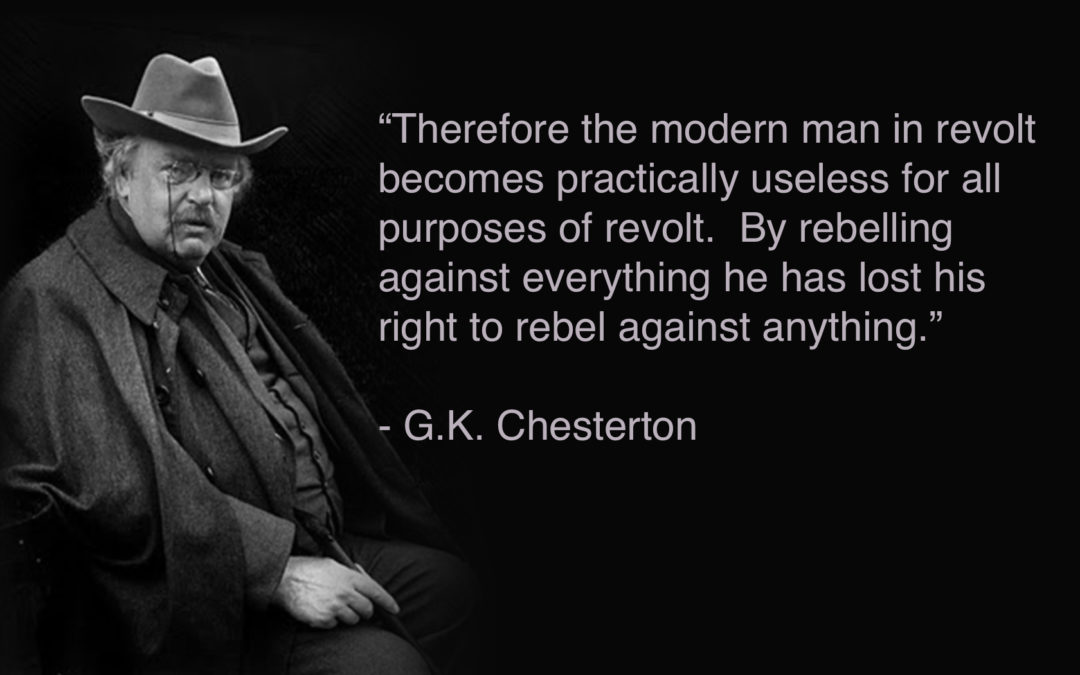 Unbridled skepticism undermines our thinking.  It is a revolt against knowing.

Therefore, I refer to it as ‘unbridled’.  Why do I say that?

The history of Western thought is for another day.  Sufficed to say, during the Renaissance man made himself the center of all existence, completely autonomous and jettisoned meaning.  This gave rise to humanism – which has no basis for right or wrong.  In the 20th century, Post-modern philosophy claims that there is no objective truth (relativism).

Relativism is the root of unbridled (modern) skepticism.  The presupposition of relativism is that objective truth cannot be known. This presupposition self-refutes because its an objective truth claim. In addition, it rejects any basis for knowing truth.  Therefore, truth is subjective and relative to the individual (arbitrary).  Unbridled skepticism manifests itself in contradiction, hypocrisy and ultimately futility.  It undermines itself.

Conversely, I believe healthy skepticism is essentially a search for truth in the matter of things that matter most. In fact, in Greek, skeptomai means ‘to search, to think about or look for…’ The most important endeavor in life is the search for truth. Without it, existence is meaningless and leads to futility like doubting one’s own existence.

Ravi Zacharias says that one must test a truth claim by asking two essential questions:

Unbridled skepticism constantly undermines itself because it’s based in relativism. Therefore, it can’t seek truth as healthy skepticism can because what the ‘unbridled’ skeptic is seeking is amorphous.

An anchor thrown into a cloud will not hold a vessel.

Unbridled skepticism rebels against knowing anything for certain.

“All denunciation implies a moral doctrine of some kind and the modern skeptic doubts not only the institution he denounces, but the doctrine by which he denounces it.  Thus he writes one book complaining that imperial oppression insults the purity of women, and then writes another book, a novel in which he insults it himself.  As a politician he will cry out that war is a waste of life, and then as a philosopher that all of life is a waste of time.  A Russian pessimist will denounce a policeman for killing a peasant, and then prove by the highest philosophical principles that the peasant ought to have killed himself.  A man denounces marriage as a lie and then denounces aristocratic profligates for treating it as a lie.

The man of this school goes first to a political meeting where he complains that savages are treated as if they were beasts.  Then he takes his hat and umbrella and goes on to a scientific meeting where he proves that they practically are beasts.  In short, the modern revolutionist, being an infinite skeptic, is forever engaged in undermining his own mines.  In his book on politics he attacks men for tramping on morality; in his book on ethics he attacks morality for tramping on men.  Therefore the modern man in revolt becomes practically useless for all purposes of revolt.  By rebelling against everything he has lost his right to rebel against anything.”
– G. K. Chesterton

You may or may not agree, but it is worth considering.