Essay: Letter to the Emperor – The Rise of your Failed State 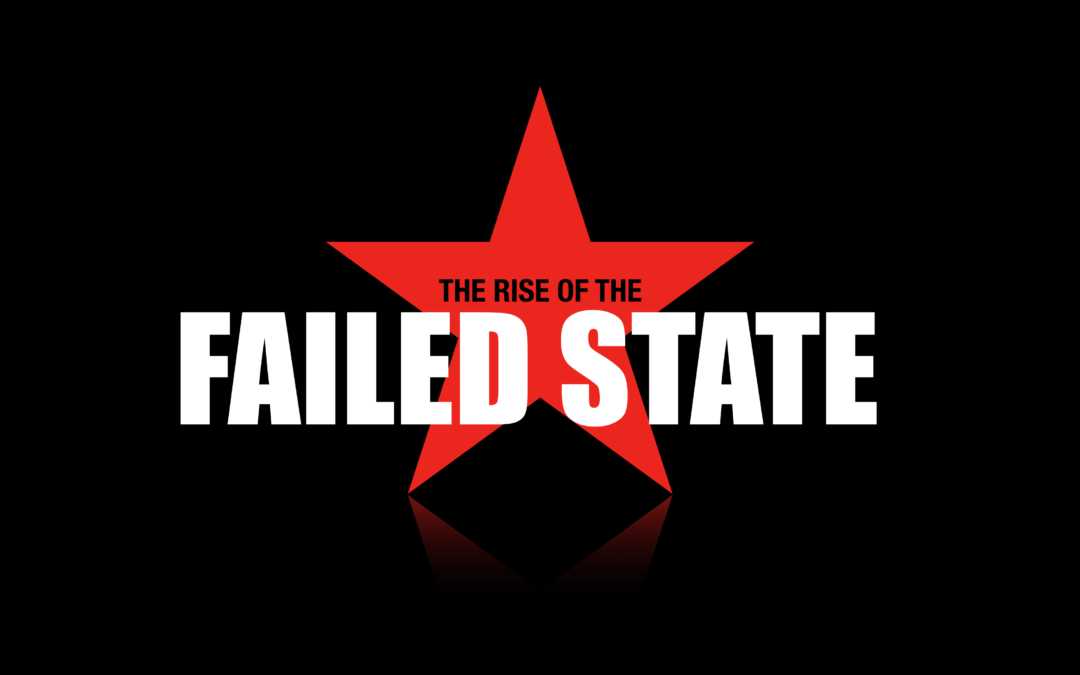 You have a choice in this moment. Choose wisely.

Your dynasty will perish by self-inflicted wounds of unlearned lessons from the past. You sit upon the limb of a great tree, yet you saw the branch on which you perch.

Do not make the mistakes of your predecessors. They demolished the foundation on which their empires stood. Understand, you will die a failure, in a failed state leaving a legacy of failure.

The ‘strong men’ of broken empires past and empires falling today are nothing but ‘foolish men’. The fool is marked by pride. His hubris crushes him in shame. Are you such a fool? Does wisdom not call to you from the streets of your empire? Ah, but you think it wise to suppress the voice of truth and ignore the cries of the helpless.

Look to the great north! There is a ‘strong man’ where an empire once stood. It’s economy is in shambles. The Czar’s castles crumble in self-delusion and a philosophy tried and left wanting. He is an autocrat cornered by his own pride. He is food for jackals and ravens.

The parable says, the foolish prince’s pride is his folly. He is deficient in wisdom and humility. He’s defiant of truth – even when empirical evidence points to the coming failed state. History is replete with examples of this futility of the mind and disjointed governance of peoples.

In 50 years, your empire has risen on the tide of the Christian worldview and ethic. The freedom and virtue of that ethic undergirds the very economic foundation on which you rest and enrich yourself. The entrepreneurial spirit does not arise from atheistic materialism, Confucianism or totalitarianism. In fact, the worldview you vainly espouse is rooted in envy.

Envy says, “If I can’t have what you have, I will destroy what you have and neither of us will have it!” Envy is therefore folly and leads to mass misery. Your worldview was born of envy and the will to power. All are folly and futility.

Your system is bifurcated. You benefit from economic flourishing and freedom but you attempt to crush the very spirit that brings them about. Are you so short-sighted? You can’t have it both ways. Your economic engine is stalling and falling. Your people and the heritage you claim to cherish are fading into the darkness (again). Your future is a failed state in the ashes of human history.

When you are alone, you indulge in the proclivities of your heart. Your thoughts are dark and you must crush the hope you cannot possess for yourself. Your will to power leaves you empty and power-less. You enslave others because you yourself are in bondage to darkness. Therefore, you attempt to snuff out the light to ensure ALL are forced to live in darkness.

Wisdom stands at the gates of your empire and mocks you. Folly is there too. Folly beckons you to follow the crooked path of darkness not knowing over that which you stumble. To see the world through your eyes is to see utter darkness.

“One child for one family” was your empire’s evil decree. Murder was rampant in your midst as little girls were sacrificed on the altar of your materialistic god. Today, your “god” has blessed you with too many males and too few females to replenish your land. You are a dying nation – a dying culture.

You lay siege on the church as you foolishly ignore history. Don’t you know the gates of your hell will not prevail against her? History proves that persecuting the church fuels the fire of its own growth. “The blood of martyrs is the seed of the church.” The old emperor of your land once proclaimed, “I have rid this empire of Christ and His church.” It begs the question; Who is dead? Is the church dead? Is it not your old emperor who is dead? The old dead emperor is rotting in his grave as the church is mighty in your empire. He was a fool thinking himself to be wise.

Don’t be so foolhardy to follow such empty ideas and crooked paths. They all lead to death. One day you will meet death. It will come upon you like thief in the night. Your body will cease functioning, you will soil yourself, draw your last and be heaped into a hole in the ground to rot and feed worms. You will have lived and died a fool. Is that what you want, sir?

Your government is built on a foundation made of sand – of lies, thievery and fear.  No house built on sand can withstand the forthcoming tempest.

If you heed the voice of wisdom, a new day will dawn for your empire – prosperous new day when the emperor understood that he is but a mist.

Don’t be deceived. Humility, not hubris is the mark of a true leader. The choice is yours. Choose wisely, for he who enables your heart to beat will not be mocked. There is a more dangerous emperor and judge waiting in your path. He can fell you with a word. Or he can redeem you and bring peace to your land. You can run to Him or ru with the hunted.

An ancient king was struck down on his throne 2000 years ago “because he did not give God glory.” There is a more powerful and dangerous emperor who hears the cries of the poor. He has whetted his sword of justice and waiting for you. There is no escape. Will you meet him as friend or foe? The choice is yours.

Listen to wisdom this day while it remains today. There may not be a tomorrow for you. Early morning rains are the sweetest and most refreshing. A messenger has been sent to you with good news that you may not perish. Behold, even now, there is a knock at your door…

“The violence of the wicked will sweep them away,
because they refuse to do what is just.” (Proverbs 21:7)

Read previous post: I love my job because I get to help people see
If you wish to subscribe to this blog, please sign-up here. Every time I post something new, you will receive an email.