In last week’s post about fatherhood, I described a father’s gain – the treasure formed and refined in the fires of pain and loss. If you haven’t read it, I recommend you do so before reading this post.  Click here to read it.

This week, the story continues. 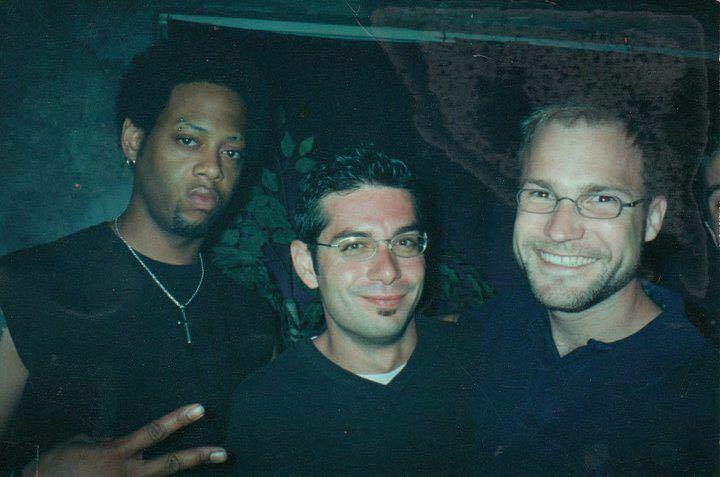 Jamon Horne, Jacob Steele and me circa 2000 in Austin, Texas.

In the months leading up to my friend Jamon’s passing, Pastor Horne and his son had grown closer than ever before. Jamon’s mother will tell you that his dad never left his side. He was with Jamon day and night – loving, serving and shepherding his boy. He was walking with him, leading him in faith knowing full well the final destination. Jamon’s mother knew why her husband was not asleep in the bed with her at night. There was a burning fire of refinement bonding a father and his sick boy. The heat of this trial was forming and fashioning a priceless treasure of fatherhood.

Pastor Horne asked me to speak at Jamon’s funeral.  I felt inadequate for the role. However, I realized it was a privilege to speak about my friend, encourage others and share my faith. Furthermore, I believed Jamon wouldn’t have had it any other way.

How does a man stand before his dead friend’s family and say anything worthwhile or meaningful?

How does a man stand before the teenage son of a friend and comfort him? I could barely look at him in the eye without crying.

At the funeral service, I was seated on a stage among a group of fine seasoned pastors. While their words were comforting and powerful, I found strength and encouragement in the silent and solemn acts of my friend’s father. I witnessed one of the most heroic, humbling and powerful scenes of my life.

Finally, the moment arrived when Jamon’s casket had to be closed forever. His parents arose to their feet.  Pastor Horne left the side of his wife, accompanied by a friend, and slowly approached his son’s casket with streams of tears running down his face. Trembling but not shaken, the good pastor stood above his son. His face was set like flint. Pastor Horne had made up his mind to remain firm and resolute in what he was about.

A father’s final act of heroic love for his son.

The sanctuary of the church of a couple hundred family and friends fell silent. It was a holy moment. Pastor Horne walked to Jamon’s casket escorted by a deacon. The deacon turned and walked away – leaving Pastor John Horne alone beside his son’s earthly shell. The good pastor gently placed his hand upon Jamon’s lifeless chest and folded the casket dressings inside. Then, he raised his trembling arm to close the casket. This was the same arm that had held Jamon as a baby. The same arm that helped him up when he fell as a child. The arm of discipline and love. The same arm that hugged Jamon on Thanksgiving. Pastor Horne wept and trembled but, he wasn’t crushed by the tremendous weight of grief. His faith held him there.

God was right there and everyone could feel His presence.

I don’t know how long Pastor Horne stood over his son. But, he finally closed his eyes as he slowly closed the cover of the casket. And watching him walk away seemed like turning the final page of a great novel or fading notes of a sweet song. He returned to his wife’s side and held her head to his heart and sang a beautiful hymn. A man humbled yet full of pain, courage and faith beheld his Heavenly Father’s gain.

I recognized this gain. I knew this treasure as streams of my memories flowed back to when I was with my dying father. He lay at home in the hospital bed provided by hospice – breathing slowly with eyes half open. My father’s mischievous blue-green eyes gazed at me as if he wanted to say something but he was unable to speak or move. We had progressed beyond words and the light was fading.

As I remember back, I couldn’t recall the last time I ate or slept. It seemed that being there was enough for me. God was there sustaining me. With a trembling hand, I would moisten a cotton swab and wet dad’s lips. In the fading embers of my father’s eyes, I saw my father’s gain – a priceless treasure.  Deep in those eyes, I caught a glimmer of joy.

Our story continues in the fires of this life.

Fatherhood ain’t easy. Being a son ain’t so easy either.

Sons will become fathers someday. As we experience fatherhood, we must understand there will be pain, distance and fire. However, treasure will be found if we can look beyond the blinding smoke and heat of trials.  Something beautiful is being forged. It is our duty to search for this majestic treasure and find a father’s gain.

When He yearns with all His heart
To create so great and bold a man
That all the world shall be amazed,
Watch His methods, watch His ways!

How He ruthlessly perfects
Whom He royally elects!
How He hammers him and hurts him,
And with mighty blows converts him

Into trial shapes of clay which
Only God understands;
While his tortured heart is crying
And he lifts beseeching hands!

How He bends but never breaks
When his good He undertakes;
How He uses whom He chooses,
And which every purpose fuses him;
By every act induces him
To try His splendor out-
God knows what He’s about.“