Hurricane Harvey: The challenge for every Texan 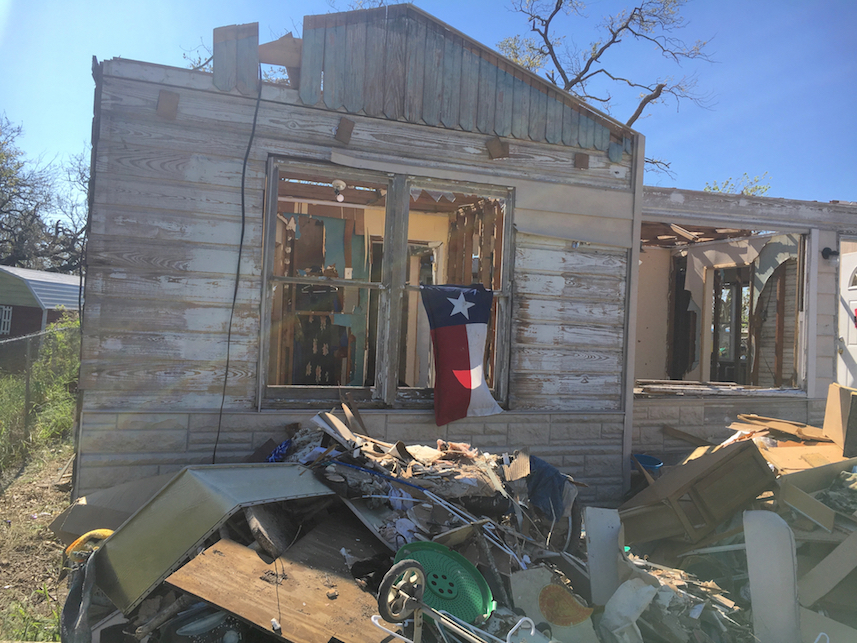 I have been down to the Texas coast twice in the last two weeks since Hurricane Harvey.

The first time was to recon the area and connect with local churches and city leaders in Aransas Pass and Rockport. I lead a team of men who were tasked to serve a small local church on my second visit. Over the years, I have seen the devastation of Hurricanes Andrew and Katrina, the EF5 multiple vortex tornado in Joplin, the EF3 tornado that hit downtown Fort Worth, the rubble of the twin towers in New York City and other disasters. However, Hurricane Harvey is different. Hundreds of miles of Texas coastline from Corpus Christi to Beaumont are disaster zones. Destruction can be seen 20-40 miles inland in some areas. The southern-most zone where Hurricane Harvey made landfall looks much different than the north. The destruction in Aransas Pass and Rockport came from straight-line winds of 130-140 mph and mini tornadoes spun off by the hurricane. In Houston and Beaumont, the destruction is from massive flooding.

Wherever you go along the coast, you’ll see devastation everywhere.

It is heart-breaking. Most of the attention and support is flowing toward the Houston area. Therefore, when you talk with people in disaster zones hundreds of miles outside of Houston, you’ll soon learn a heart-breaking truth. The people outside of Houston feel forgotten. Look around the small towns and villages, you’ll see why. FEMA, Red Cross, etc. have little to no presence in those areas. Small communities are forced to fend for themselves and depend on what little outside help comes their way.

“The people outside of Houston feel forgotten… Where is their voice?”

The city of Houston receives the media’s focus. Most of what you hear outside of the Houston area is; “Houston, Houston, when are you going to Houston? How are we going to help Houston” Don’t get me wrong, I love Houston and they absolutely need help. However, there are millions of people who don’t live in Houston yet lost everything. Where is their voice? Every time people along the coast hear, “Help Houston”, they are hearing something else, an unintended message of, “We have forgotten you!”

In conclusion, here is the challenge for every Texan.

2. Don’t forget your fellow Texans’ cry for help outside of Houston. Help them too!

Texans are big enough to handle both. Aren’t we?

Read previous posts: Fatherhood: A Father’s Gain – Part 2 If you wish to subscribe to this blog, please sign-up here. Every time I post something new, you will receive an email.